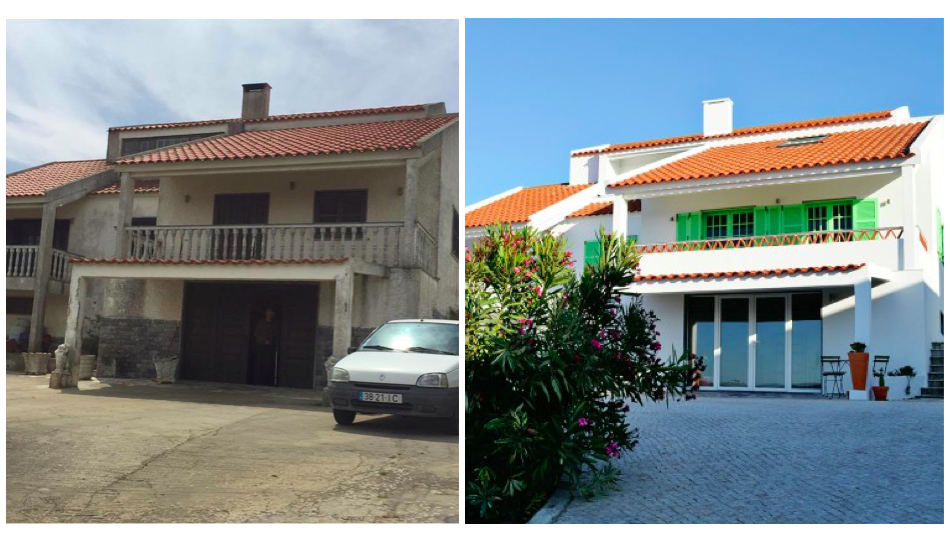 What’s the story behind Olá Onda Guesthouse? Today it’s exactly one year ago that we left everything behind in Holland to start our Olá Onda project in Ericeira. So now is a good time to look back on an eventful year. The road to starting our own guesthouse was a bit rocky, but the end results couldn’t be better. In this blog we’ll tell you all about the rebuilding of the house and the garden. But only the pictures will also tell our story.

When we moved to Portugal in october 2016, we were full of optimism and ideas about our future house. The house and garden were not taken care of for a very long time, so there was a lot of work to do. To all our friends and family who saw the house in the beginning we said: ‘Je moet er ff doorheen kijken he’, you really had to see the potential through all the mess. The first owner built the house himself in 1985, and at that time it was a modern villa with a fancy interior and only nature surrounding it. But in 2016 things were different. Other villa’s were being built in the street and the salty sea wind had taken it’s toll on the house. Both houses on our terrain were totally grey and neglected. The roof of the garage and shed in the back were about to collapse and there was concrete everywhere. After talking to the contractor it was clear that it would take about 4 months to get everything ready, so before summer started we could be open. Of course this did not happen.

The construction workers started in the beginning of november 2016 and began by tearing down every wall, garage and brick that needed to be gone. By the time it was february, we could start painting the inside of the house. At that time it was clear the rebuiling would not by finished at the end of february. Each following month it would be ‘definately finished next month’.

To make the house suitable for a guesthouse, we needed to add 3 bathrooms and move a lot of doors and windows. Every inch of the house needed to be painted, inside and out. We had to think about where the new walls would go, and what the bathrooms should look like. Without any experience with rebuilding, you can imagine we were not always certain about our decisions.

The entire garden needed to be cleaned, from weeds as well as trash. After talking to several gardening companies we decided it was better to redesign the garden ourselves. This only started in march 2017. With some logical thinking and some help of the contractor we thought about the best place for the swimming pool and terrace. To get rid of all the concrete on the floor we decided to use the classic Portuguese sidewalk stones, the ‘Calçada Portuguesa’, which you’ll find everywhere in Portugal.

There were almost no nice plants in the garden so we had to buy some trees and bushes. But we also found a lot of cut off tree branches from the Yucca trees at the trash. Apparently you can just put the branches in the earth and they will root again. About half of all plants and trees in our garden were found by us on the streets. Great way to save some money.

In the end we finished the rebuilding of the house and garden at the beginning of July. By then we still needed to decorate the house on the inside, while the first guests were already coming at the end of the month. We made almost all furniture ourselves. With help from friends and family we managed to open at the end of july, just in time for the busiest month: august.

A big THANK YOU

The whole renovation was a learning process for us. It caused a lot of stress, misunderstandings and culture clashes between us and the Portuguese. But, in the end we managed and it was all worth it. Since we’ve opened our doors to guests, we’ve received nothing but positive and enthusiastic reactions. Our first month was almost fully booked, even without pictures of the house and the rooms. We couldn’t have wished for a better start. That’s why we want to thank everyone who has supported us. Everyone who listened to our stressed-out stories during the rebuilding, everyone following us on social media and cheering us on, and of course everyone who has been visiting us since we’ve been open. It means a lot to us knowing there are people who appreciate what we do. THANKS TO ALL and we hope to welcome you (again) some day at Olá Onda Guesthouse! 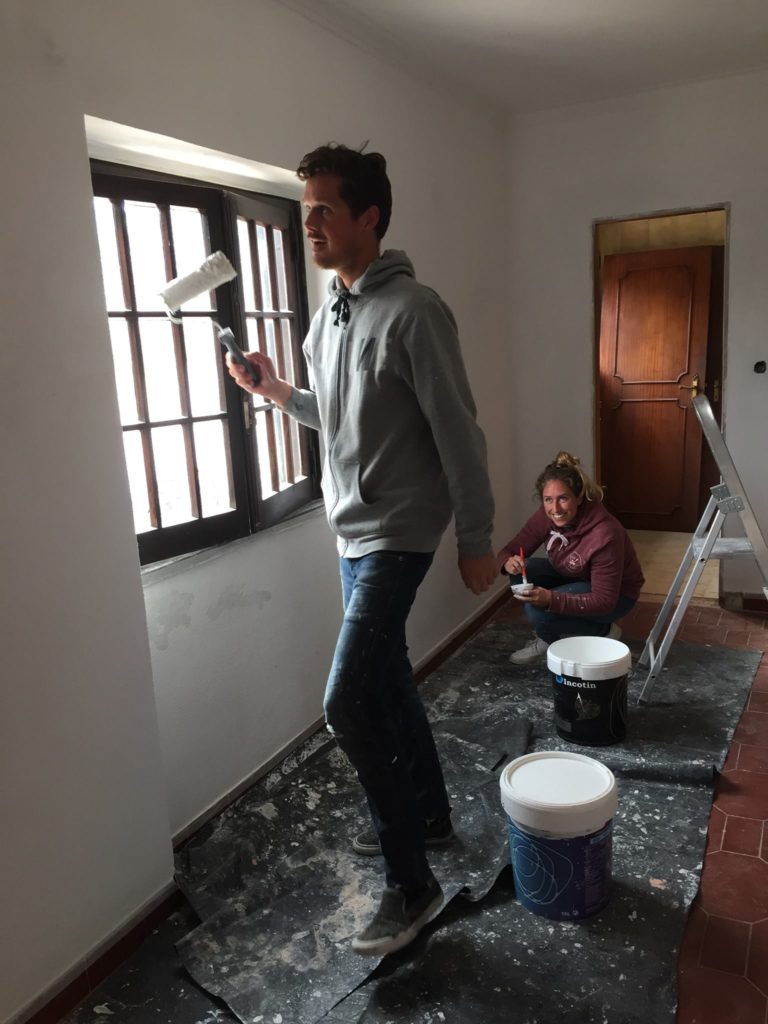 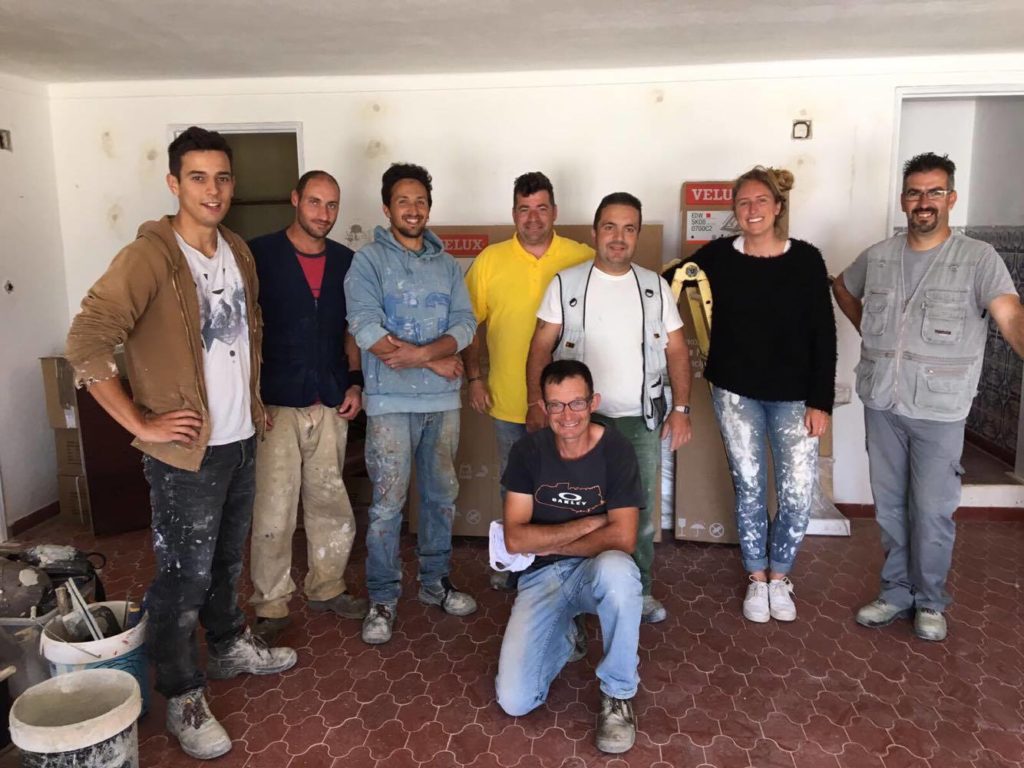 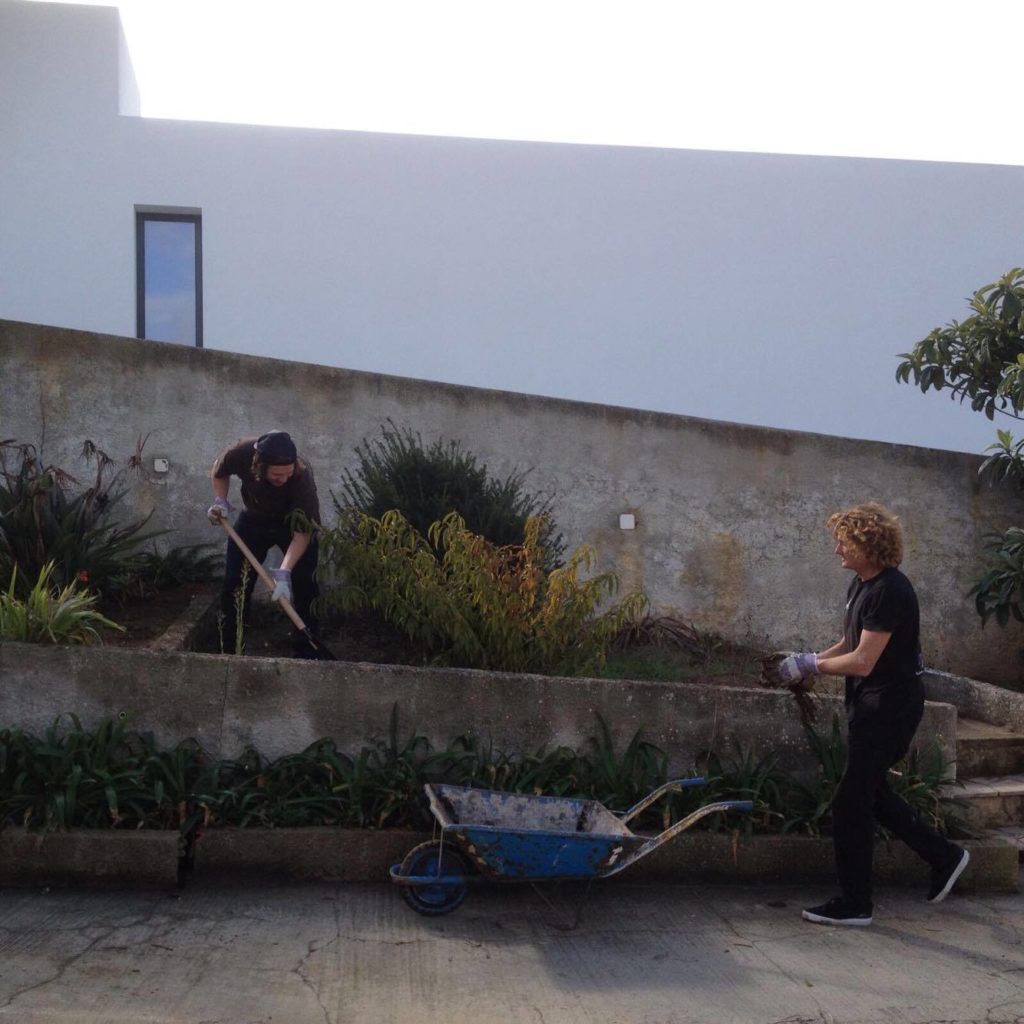 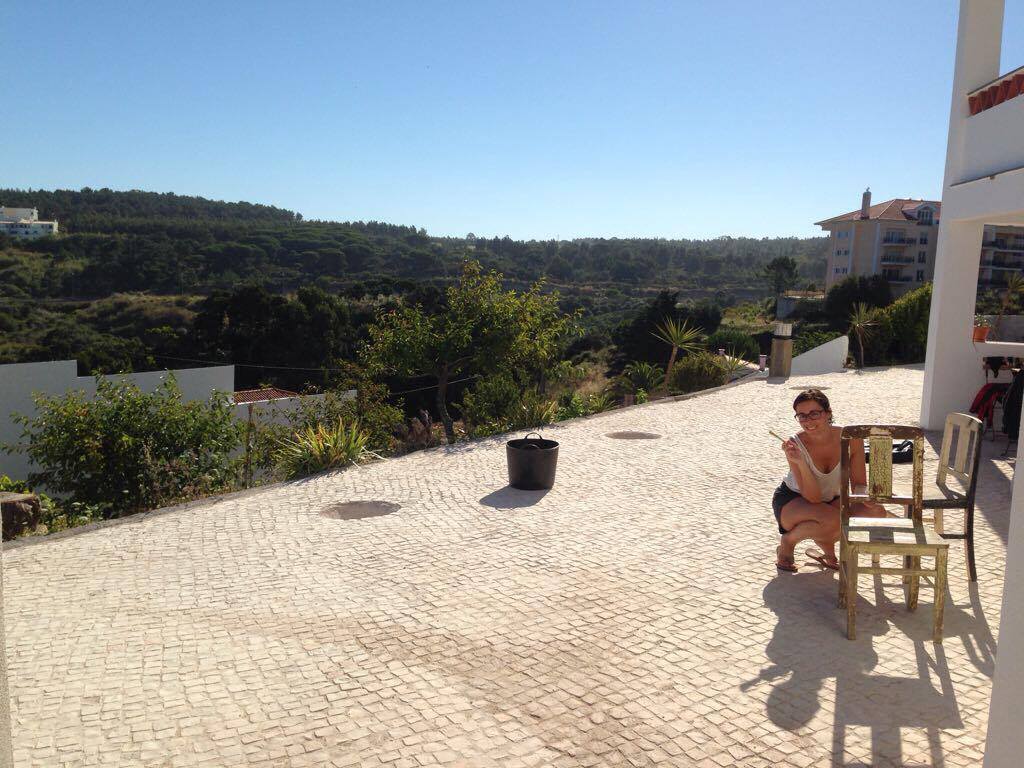